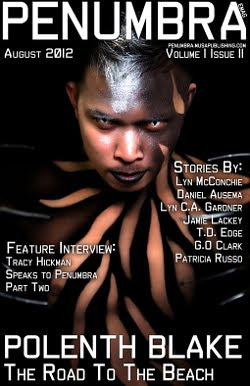 I don’t usually post two story announcements in a row. At least, not unless I’m slacking on my posting and haven’t written a content post inbetween. But this time, I have two things out within days of each other, so I have an excuse.

I have a story out in the dream issue of Penumbra eMag (by Musa Publishing). “The Road to the Beach” was one of the stories I wrote during last year’s NaNoWriMo and the first to make it out into the world. It’s also the featured story for this issue. Yay!

Penumbra is a subscription magazine, so this one’s not free to read.

As some of you will know from Twitter, Sparkle (my pet cockroach) died recently. At just under four years old, he was an elderly cockroach, so it wasn’t entirely unexpected.

The result in writing terms is I’ve shelved my NaNo project for now, as writing about pet spiders was a little too close (I have been writing other things, including my main novel and a steampunk short).

I’d initially intended to wait a bit before getting another cockroach, but the weather’s only going to get colder* and the supplier is closing early this year for Christmas. So I’m now the owner of two baby cockroaches. They’re in a temporary tank for now, while I sort out their permanent homes.

And in the spirit of baby animals, baby cockroach pictures…

Gem is the boldest of the two. They went to explore the tank soon after arrival and quickly found the heat pad. Gem jumped the first time I stroked them, but wasn’t bothered the second time. I think they’ll tame pretty quickly. 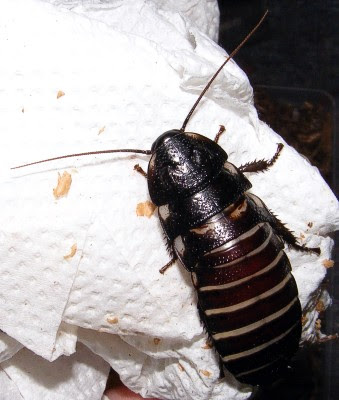 Ash is rather shy, and didn’t leave the kitchen roll they arrived in for hours (and when they did, panicked and hid as soon as I came in). Ash was very skittish about being handled, but I did manage to get them to come out for long enough for the photo**. 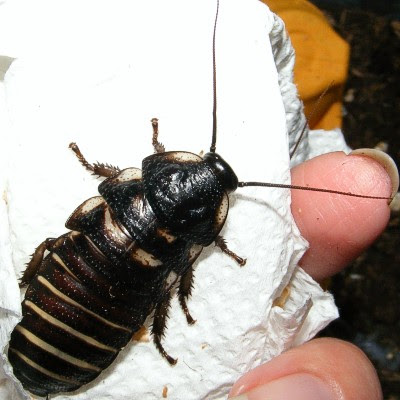 They’re both active and some of the food has gone, so it’s a good start.

* Cockroaches arrive by mail order. Though this might seem a little odd, as you wouldn’t mail a puppy, insects don’t really mind being mailed if they’re packed properly. My experience has been they mind being disturbed on arrival far more.

** You might think the flash would bother them, but I haven’t found that to be the case. Scary monsters that pick them up are far more worrying.